There’s only so much you can do when the whole world is almost currently on lockdown because of the coronavirus but jeez we did a lot. After originally planning to fly to Rome and then spend my 18th birthday in Milan – The World had slightly different plans. Nevertheless we managed to do it just in time before the announcement of the lock down took place, and I am very, very grateful of everything we managed to get up too.

I was debating whether or not to make this post all about the day of my actual birthday, or join it with the whole long weekend I was away for and as you can tell by the numerous parts of this post, I went with the second option.. which as you’ve probably guessed means you’re not in for a short and sweet read. I was there for a total of 4 days, and we got up too A LOT. So please enjoy this unfiltered insight to what my 18th birthday was really like, including the experiences, purchases and of course – the arguments.

The train journey flew by, lasting around 3 hours but feeling no more than 1 (big thank you to Bridget Collins for writing ‘The Binding’ so I could get lost in it and be transported into a whole different universe (100% recommend, 100% gonna be featured in my end of month book review so keep an eye out, 100% only writing a third option because of the rule of three)) but sitting first class really does make a difference. You get treated differently, unlimited drinks and food (the pretzel’s are insanely tasty), comfier chairs and no screaming children or women coming back from a hen night continuously singing Mr Brightside either.

The journey there I have to say, was great. We arrived at London Houston station at around midday and immediately got a Taxi to drop our bags off at the hotel, as you all know – I do not travel light. With a suitcase and full to the brim backpack, I was not walking round London looking like I was Harry Potter about to embark on my new student life in Hogwarts, plus I don’t have the strength of Anthony Joshua either. 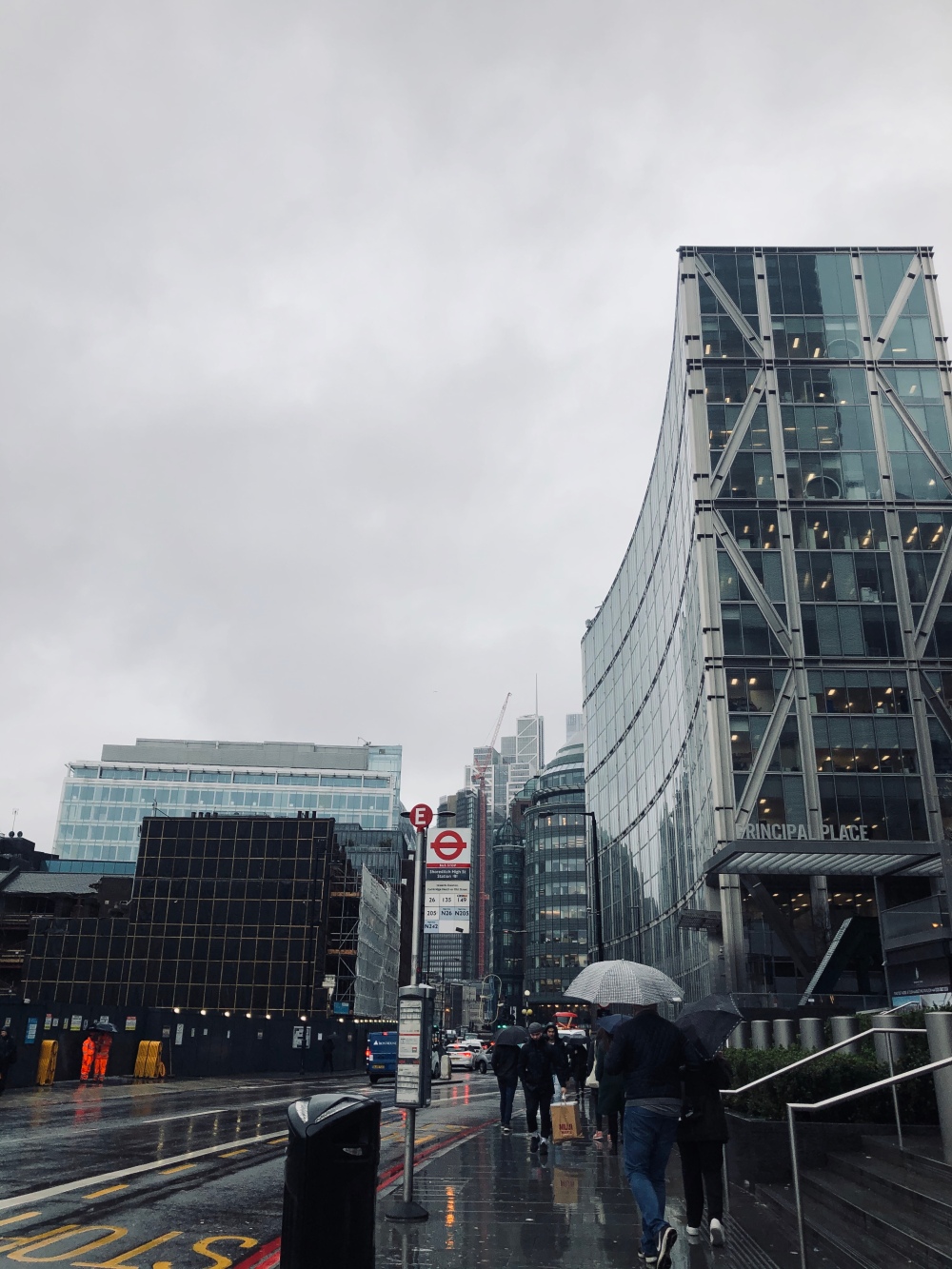 The drive to the hotel lasted around 20 minutes. The driver was incredibly nice, engaging in our conversation about my 18th birthday, and telling us about his experiences being that age too. Once we arrived at the Ace Hotel (my birthday surprise of Mum), as expected the room wasn’t ready yet so we had to leave our bags there and head out for food because at this point not only was I annoyed I couldn’t have an outfit change, I was also getting incredibly hangry.

Due to mother nature’s magical ways, and typical British weather, it was lashing it down outside. We managed to speed walk into the Old Spitalfields market which was only 5 minutes away, and tucked inside a nice, dry area. The independent shops and stalls were cool, but at this point there was 1 thing, and 1 thing only that was on my mind – FOOD. There was a stall called ‘Our Flavour’ right in the centre and I bought the biggest slice of chocolate cake known to man kind – and I demolished the whole thing – it was Lush.

Once I started feeling myself again, I admired the stalls a lot more. There was clothing, art, jewellery, anything that fills a typical market really. One artist that stood out to me most was Steve Yates who does sculpting out of recycled goods. He created a glass sculpture out of vandalised bus stop glass that someone had smashed, his work was truly amazing and one of a kind and I couldn’t recommend checking out his website enough (Link to the Website).

After exploring the Old Spitalfields Market, we got the tube to Tottenham Court Road, where spontaneously my dad decided we should all go and watch the Harry Potter and the Cursed Child stage show. We got our tickets from the actual place itself which secured us with seats for 7:30pm the same night for Part 1 and then 7:30pm the next night for Part 2. It was a very quick decision that my dad made but I am soo grateful he did. After this, we did the most British thing to every exist, we headed to Weatherspoons and freshened up a bit with some side plates and pink gin (totally kidding I had lemonade but  lemonade didn’t sound as cool).

On our way back to the hotel, we passed a huge 5 floor Foyels, and well, when have I ever passed a book shop without going in? Although time was running short and we had to freshen up before the theatre, I only managed to check out the books on the ground floor but nevertheless it was astounding. The theme at the moment was Feminism due to it being International Women’s day that same weekend, and of course as a woman, wanting rights, I am very, very big on Feminism. I was in book heaven. Although because of the prices I left the shop empty handed and opened up the 3 for £10 book offer on Amazon when I got back to the hotel..

When I did get back to the hotel on the other hand, this was my first time seeing the room. First impressions: It was big, it was nice, and it had JUST water!! (which if you don’t know is a sustainable brand created by Jaden Smith, and I LOVE Jaden Smith). The room was basically a very trendy, picture-esque, Instagrammable space with very overpriced food. Almost every added extra in the room, came with a price, which even Kendall Jenner would probably shake her head at. I unpacked, got changed and then once again we headed for the tube to Tottenham Court Road, eager to watch the show.

Eager enough to get there almost half an hour early that we had to stand waiting around for what felt like ages with anticipation. We took a few pictures around the venue and then finally the doors opened for the theatre to start getting filled. We got seated and of course brought our own Tesco sweets in to avoid paying theatre prices that we opened up and shared whilst the show was about to start. 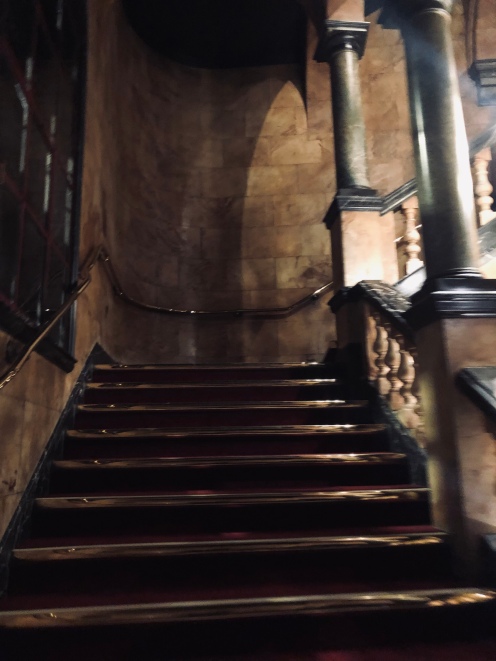 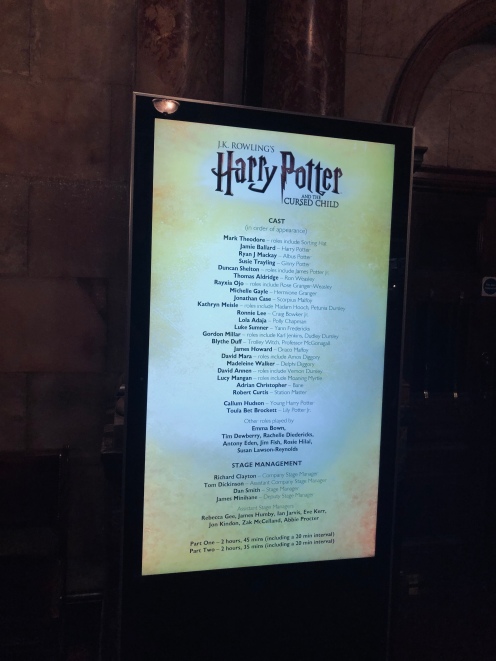 Part 1 was amazing – without saying too much in case you want to see it, at first I wasn’t sure about the character who played Harry Potter because it must be seriously hard to try and act on behalf of Daniel Radcliffe but by the end he grown on me. Also the character of Scorpious was amazing!! You will love him!

Once it finished (on a cliffhanger may I add), we went for a little trek around the area before heading back to the hotel. It was a surprisingly nice night but in all honesty after the hectic day we had I just wanted my bed. So to bed was where I went.

After getting back to the hotel and reminiscing on everything that’s just happened, I couldn’t wait to wake up the next morning and start the 18th birthday celebrations with my family so as soon as my head hit the pillow, I was out. 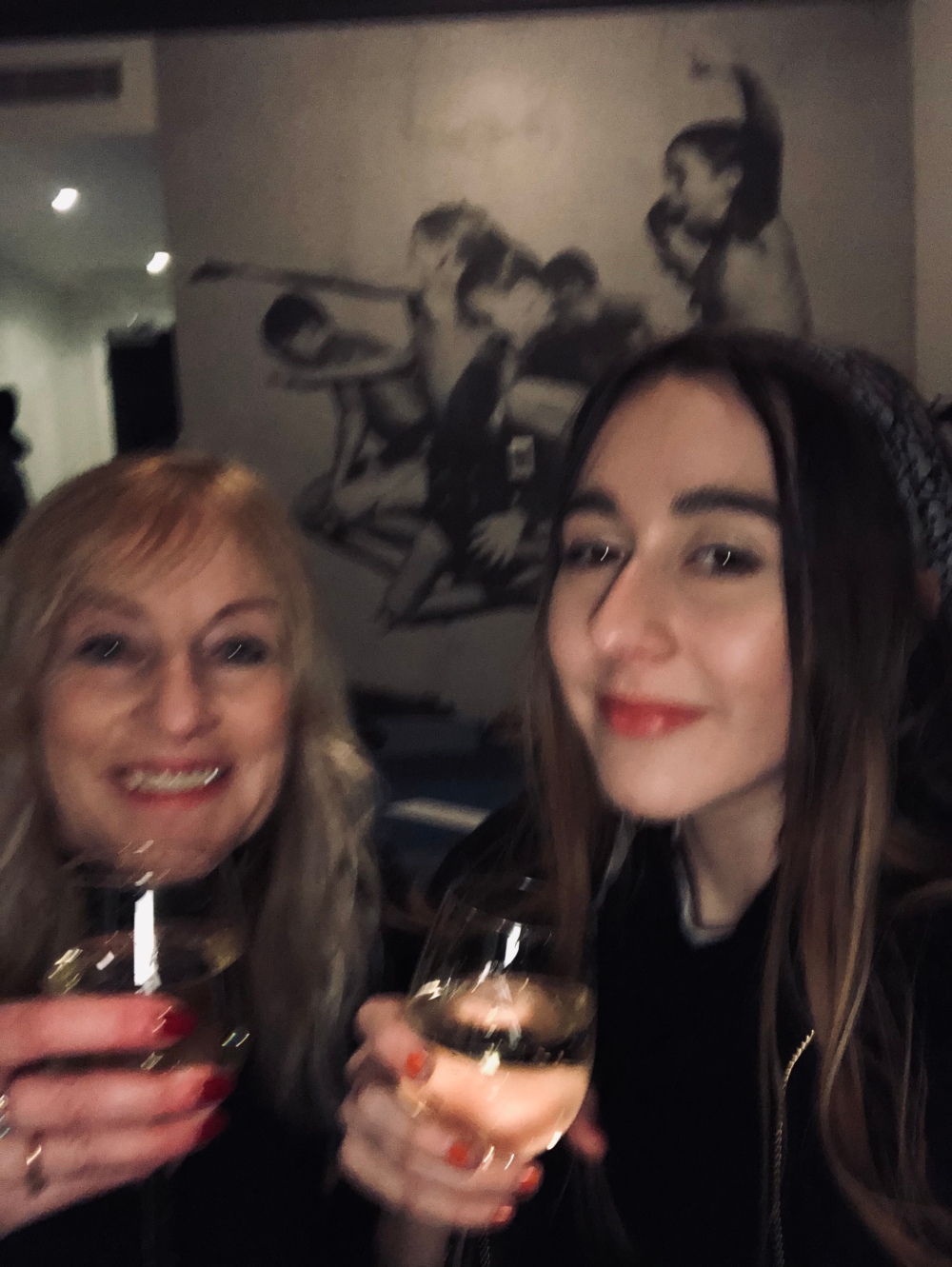 That comes to the end of my day 1 in London, if you’d like to carry on reading about what I got up too then part 2 of this series is linked Here. I hope you guys enjoyed and I’ll see you in my next post 🙂